What is the hottest division in the UFC right now..?

Post Corona Pandemic, what is the hottest weight class right now in the UFC?

The four female divisions seem to be dominated by there respected champion and not have a lot of buzz right now. The men’s flyweight division has been freezing cold since the departure of Demetrius Johnson, so a hard pass for me. That brings us the bantamweight division which had a incredible night at UFC 250 with the “Suga Show”, Cody Garbrandt’s walk off buzzer beating KO and also created a new #1 contender with Aljamain Sterling. However without a champion and bonafied superstar, I am going say close but no cigar with the bantamweights. 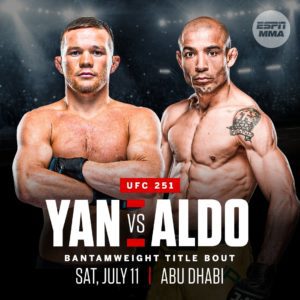 Next, is the featherweight division, as we embark into the Alexander Volkanovski era, the rematch is set with featherweight great Max Holloway at UFC 251. The division is absolutely stacked with three key matchups coming up this summer in Zabit vs Yair, Josh Emmett vs Shane Burgos & Calvin Kattar vs Dan Ige. Also with future stars in Bryce Mitchell & Sodiq Yusuff, the featherweight division to me is the deepest and well rounded but, takes home the silver medal as the second hottest division in the UFC right now.

For the last couple of years the Lightweight division has been the standard bearer but, with Khabib Nurmagomedov lack of availability, Conor McGregor’s retirement tweet, Tony Ferguson losing and the rest of the division aging, I truly believe the lightweights have lost some luster.
One of the highlighted divisions for the UFC for the past decade has been the welterweights. The champion, Kamaru Usman looks like a unstoppable machine and his challenger for the title at UFC 251 is a great upstart story in Gilbert Burns. However, with pandemic taking Leon Edwards out of commission, Colby Covington no where to be found, Tyron Woodley not looking like the champion he once was and of course the on going struggle between the UFC and the BMF Jorge Masvidal, I am going to take a hard pass on the welterweight division.

We jump to the middleweight division, which might have the hottest champion to lead the charge. Israel Adesanya is an absolute super star and his clash with Paulo Costa will be a humongous fight for the organization. Also later on this summer they have booked Whittaker vs Till, Hermansson vs Gastelum & Brunson vs Shahbazyan. I personal love the Till vs Whittaker clash at Fight Island it’s seems to me the rest of the division is young and on its way up. With Adesanya, Till and Whittaker leading the charge the middleweights take the bronze medal for me as the third hottest division in the UFC right now. 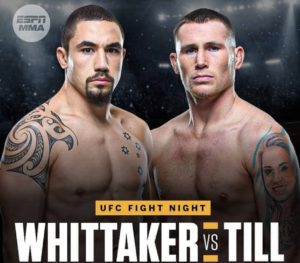 For the past decade the light heavyweight division has been dominated by Jon Jones. Jon inside the octagon has been unbeatable and has been through the division multiple times. The UFC and Jon Jones are in a bitter he said she said argument that has the champion wanted to be released and vacating his title. The rest of the division has really good fighters like Dominick Reyes, Jan Blachowicz, Glover Teixeira to name a few but, not sure if the division has a next decade super star primed to takeover.

That brings us to the winner of the question of what is the hottest division in the UFC division right now, the heavyweights! Last week Dana White announced the mega trilogy fight between champion Stipe Miocic versus the ex champion of 2 weight classes Daniel Cormier. This fight could go down as the biggest heavyweight fight of the organizations history. That takes us to maybe the hottest name of the division Francis N’Gannou, Francis is on a Mike Tyson streak of 1st round Knockouts. Also we have Blaydes vs Volkov & Dos Santos vs Rozenstruik booked to fill out the rest of the stacked top ten. Then, the icing on the cake is Alistair Overeem and the addition of Alexander Gustafsson to the already stacked heavyweight division. In the summer of 2020, I believe the hottest division in the UFC right now are the Heavyweights. 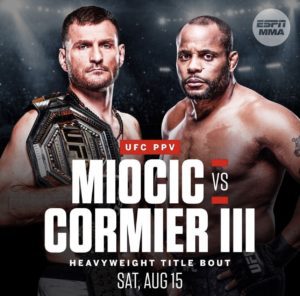