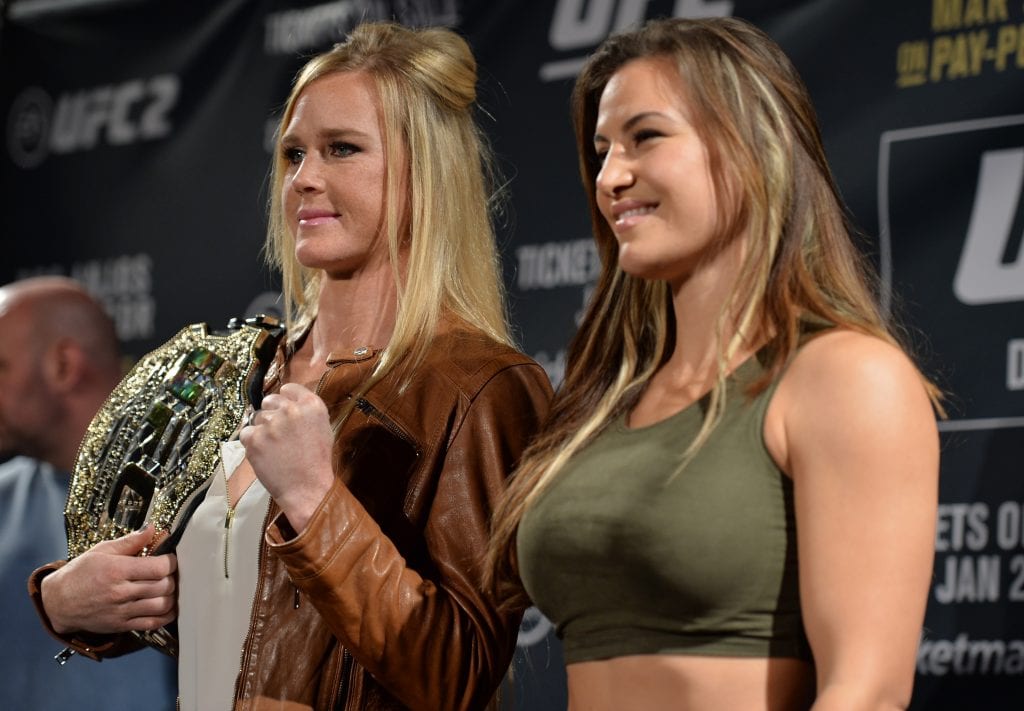 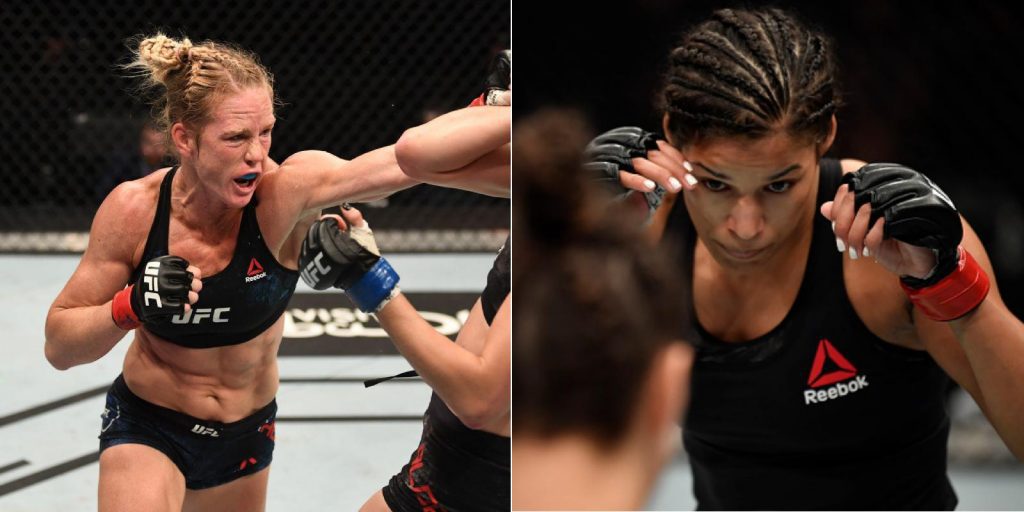 A bantamweight matchup between former division champion, Holly ‘The Preacher’s Daughter’ Holm and The Ultimate Fighter 18 victor, Julianna ‘The Venezuelan Vixen’ Pena has been booked for a UFC Fight Night event on May 8th. — with a location or venue for the showcase yet to be determined by the promotion. Currently sitting at #2 in the […]

Exclusive: Bella Mir speaks of admiration for Holly Holm ahead of pro debut 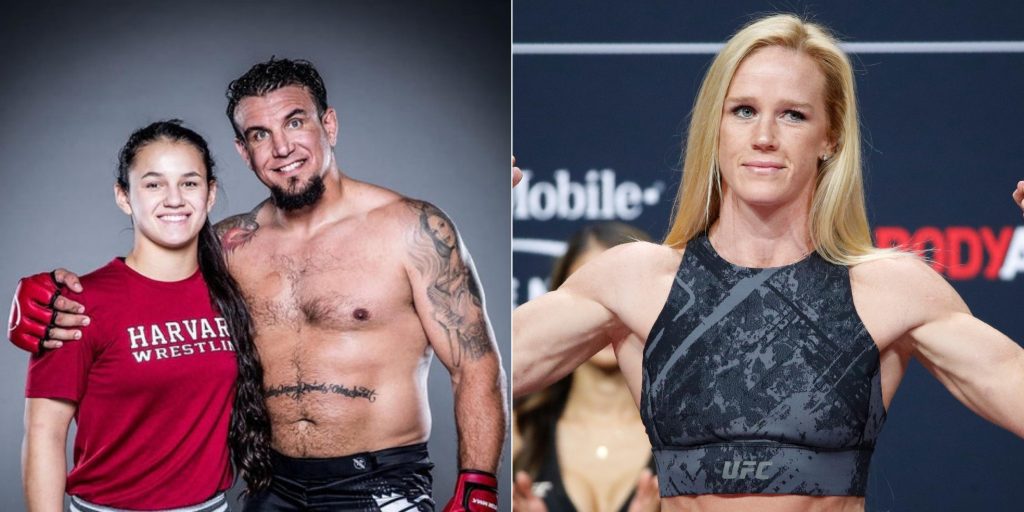 Ahead of her professional mixed martial arts debut at iKON Fighting Federation 2 in San Carlos, Mexico on October 22nd. on UFC Fight Pass – Bella Mir has taken time to speak of her admiration for former UFC bantamweight best, Holly ‘The Preacher’s Daughter’ Holm. The 17-year-old is slated to make her first venture in […] 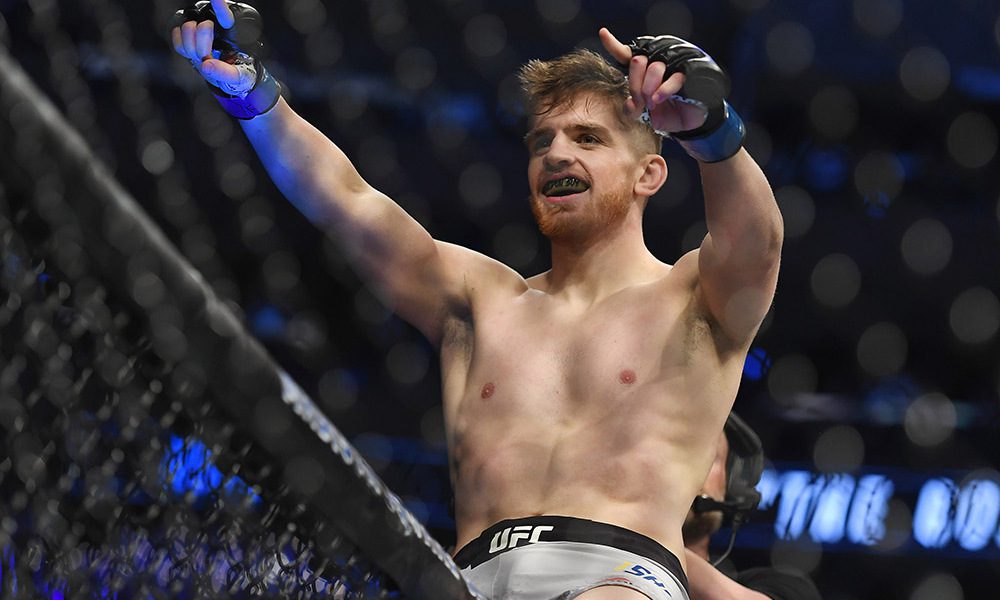 The UFC is pulling out the big promotional guns ahead of UFC 193 and the return of UFC women’s bantamweight champion Ronda Rousey. On the week of Halloween, the organization has released a Rousey-themed trick-or-treating promo. It precedes the organization’s next pay-per-view offering, UFC 193, which is slated for Nov. 14 in Australia. The card, […]