Report – Donald Cerrone vs. Diego Sanchez targeted for UFC event on May 8th. 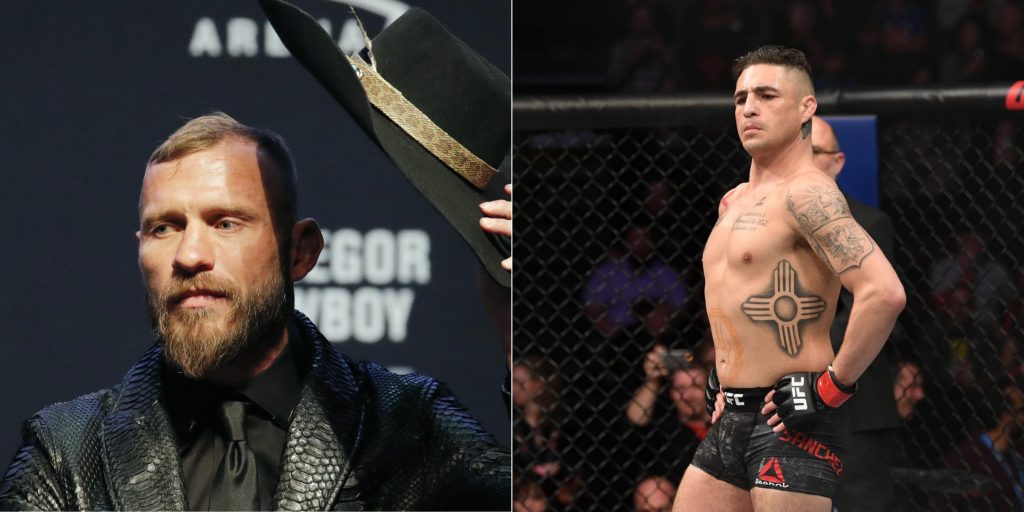 A welterweight pairing between future Hall of Fame inductees, Donald ‘Cowboy’ Cerrone and Diego ‘The Nightmare’ Sanchez is currently in the works for a UFC event on May 8th. – with a location or venue for the showcase yet to be determined by the promotion. Veteran Muay Thai practitioner, Cerrone is targeting his first Octagon […]

The Bare Knuckle FC Beast Jim Alers comes back on the Fight Bananas Podcast! Jim is super positive on our current situation and tells us how the combat sports world will be ok. We also talk about his epic war with Kaleb Harris at BKFC10, Combat Night Duval and so much more! iHeart Radio Link: https://www.iheart.com/podcast/263-fight-bananas-49112253/episode/jim-alers-talks-hope—fight-bananas-190-59929175?cmp=ios_share&sc=ios_social_share&pr=false

Who should have the final word on illegal knees?

After two fights at UFC Rio Rancho coming to an end via illegal knees, a burning question came up this week on the Fight Bananas Podcast, who should have the final word on ending a fight via a illegal knee strike? Brok Weaver won his UFC debut against Rodrigo Vargas when Vargas hit Weaver with […]