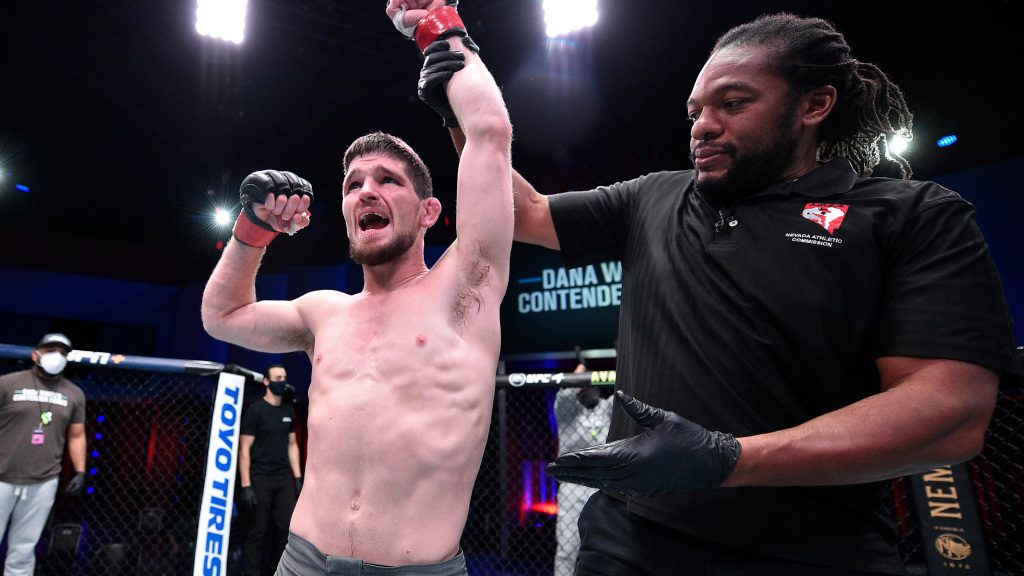 UFC Flyweight Jimmy “The Brick” Flicks abruptly retires! Jimmy “The Brick” Flick had a standout performance last on year on Dana White’s Contender Series. After that, Jimmy Brick won his UFC debut with a beautiful flying Armbar on ultra game Cody Durden. The 30 year old is riding a four fight winning streak and is […]

A flyweight meeting between promotional debutante, Jimmy ‘The Brick’ Flick, and Cody Durden has been added to a UFC Fight Night event on December 5th. – with a location or venue for the showcase yet to be determined by the promotion. Making his first Octagon appearance since his successful outing on Dana White’s Contender Series back on […]