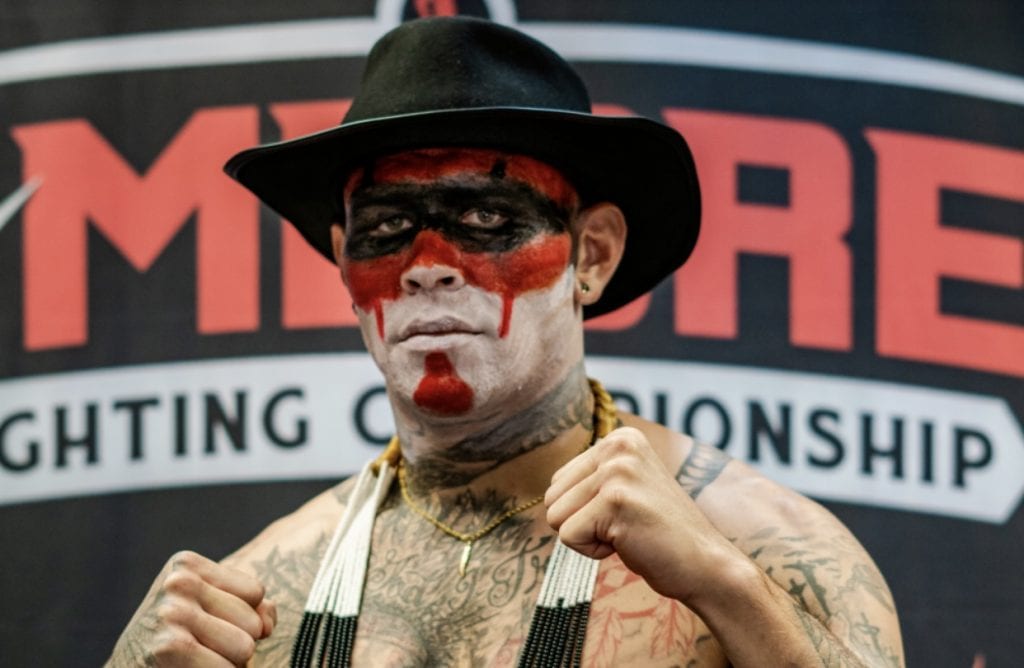 Brok Weaver inks a two year deal with the PFL including being entered in the 2022 one million dollar tournament. Brok Weaver’s debut fight will take place on August 27th at the Seminole Hard Rock Casino in Hollywood, Florida. Brok “Chata Tuska” Weaver will be matched up on August 27th with Brandon Jenkins. Both fighters […] 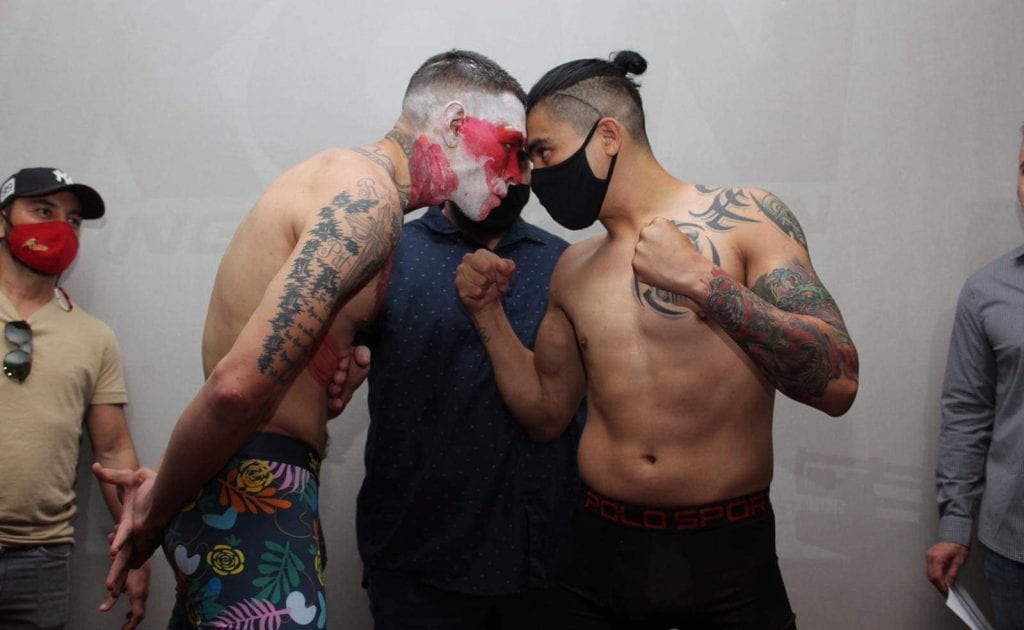 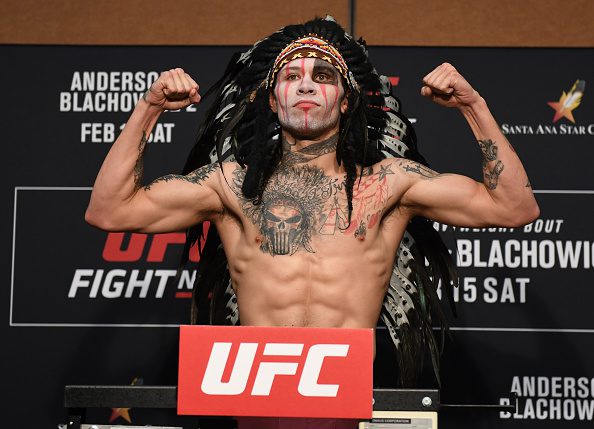 A lightweight matchup between UFC alum, Brok ‘Chata Tuska’ Weaver and Alexander ‘Raptor’ Barahona has been booked to take main event honours at iKON Fighting Federation 6 on April 2nd. — from Sinaloa, Mexico. Weaver, an alum of Dana White’s Contender Series, will make his first professional appearance since a second round rear-naked choke defeat to […] 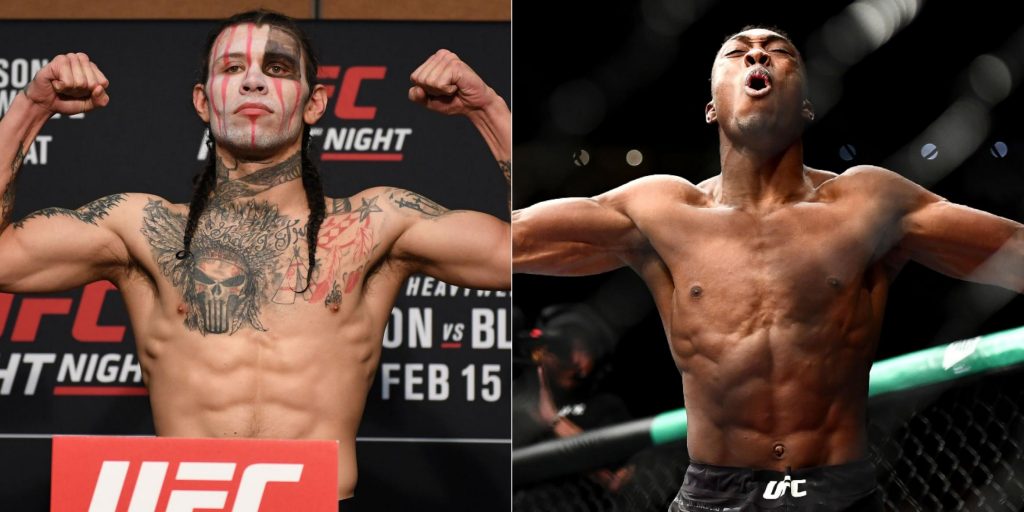 A scheduled lightweight pairing of Frank, The Crank’ Camacho, and Brok ‘Chaka Tuska’ Weaver has been removed from this weekend’s UFC Fight Night Vegas 10 showcase. Guam native, Camacho has been forced to withdraw from the tie, after he returned a positive COVID-19 result. In his place steps Jalin ‘The Tarantula’ Turner who meets Weaver […] 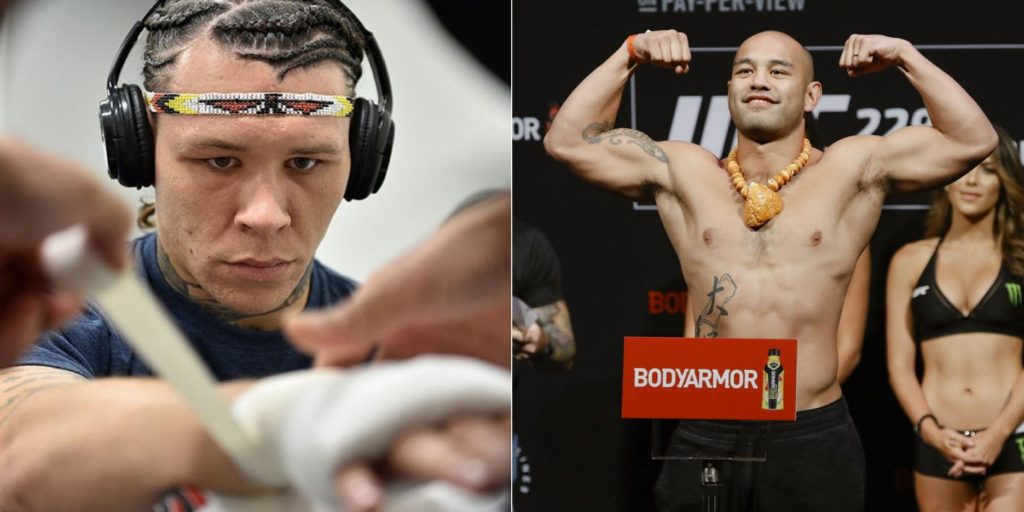 A lightweight matchup between Brok ‘Chata Tsuka’ Weaver and Frank ‘The Crank’ Camacho is set for a UFC Fight Night Vegas event on September 12th. – from the UFC Apex facility in Nevada. Dana White’s Contenders Series alumnus, Weaver will attempt to return to winning ways, following a second-round rear-naked choke defeat opposite Roosevelt Roberts at […]

Who should have the final word on illegal knees?

After two fights at UFC Rio Rancho coming to an end via illegal knees, a burning question came up this week on the Fight Bananas Podcast, who should have the final word on ending a fight via a illegal knee strike? Brok Weaver won his UFC debut against Rodrigo Vargas when Vargas hit Weaver with […]

UFC’s Brok Weaver and Promoter Dean Toole comes back on the Fight Bananas Podcast. Brok Weaver talks about his roller coaster ride from winning and his epic speech at Dana’s White Contender Series to his UFC debut being delayed to being matchup at UFC Rio Rancho. We also talk to Dean Toole about the 2020 […]

The Main Event of Bare Knuckle FC 9 Jason “The Kid” Knight comes on the Fight Bananas Podcast. We talk about his upcoming main event rematch vs Artem Lobov, Bare Knuckle FC’s momentum, his bathroom brawl and so much more! I also answer fan questions, keep sending them in via Fight Bananas on Instagram (fightbananasofficial). […]

The 95th episode we go absolutely Bananas! Tyler “Zombie” Hill starts the show and discusses the roller coaster week he had with his fight matchup with James “Free” Freeman. We also talk about Dana White Contender Series, Brok Weaver, Brandon Michael Davis and so much more. Then we were pleasantly surprised when the “Killer” Jacob […]