FIGHT BREAKDOWN: The Professor Jon Radford and David Van Auken go Bananas over the epic welterweight showdown between Anthony “Showtime” Pettis vs Nate Diaz at UFC 241. We breakdown the fight styles of each fighter, go over what can happen next for both men and predict who wins! Follow Jon Radford on Instagram @jon_nos Follow […]

The Fighters Give Back!

UFC Legends Anthony “Showtime” Pettis, Jorge Masvidal and Yoel Romero give pack to the community of Pensacola and the Bully Proof Foundation. All three men last night at Dean Toole Promotions stoped and signed autographs, took selfies and shook hands with of the massive crowd. The event was a tremendous hit and money was raised […]

This Saturday at the Pensacola Bay Center & Live on the RYouLive App, Dean Toole Promotions takes center stage. This epic event will have Jui-Jitsu Super Fights, MMA fights, boxing, kickboxing and title fights! Dean Toole Promotions will have a awesome undercard but, is definitely anchored by it’s five featured fights. The Headline match is […]

Anthony “Showtime” Pettis will have a jiu-jitsu Super Fight vs Jorge Masvidal on June 15th in Pensacola, Florida under the Dean Toole Promotions Banner! You can order the PPV with this link: https://ryou.tv/g2ba

Masvidal vs Pettis in a Once in a Lifetime Event 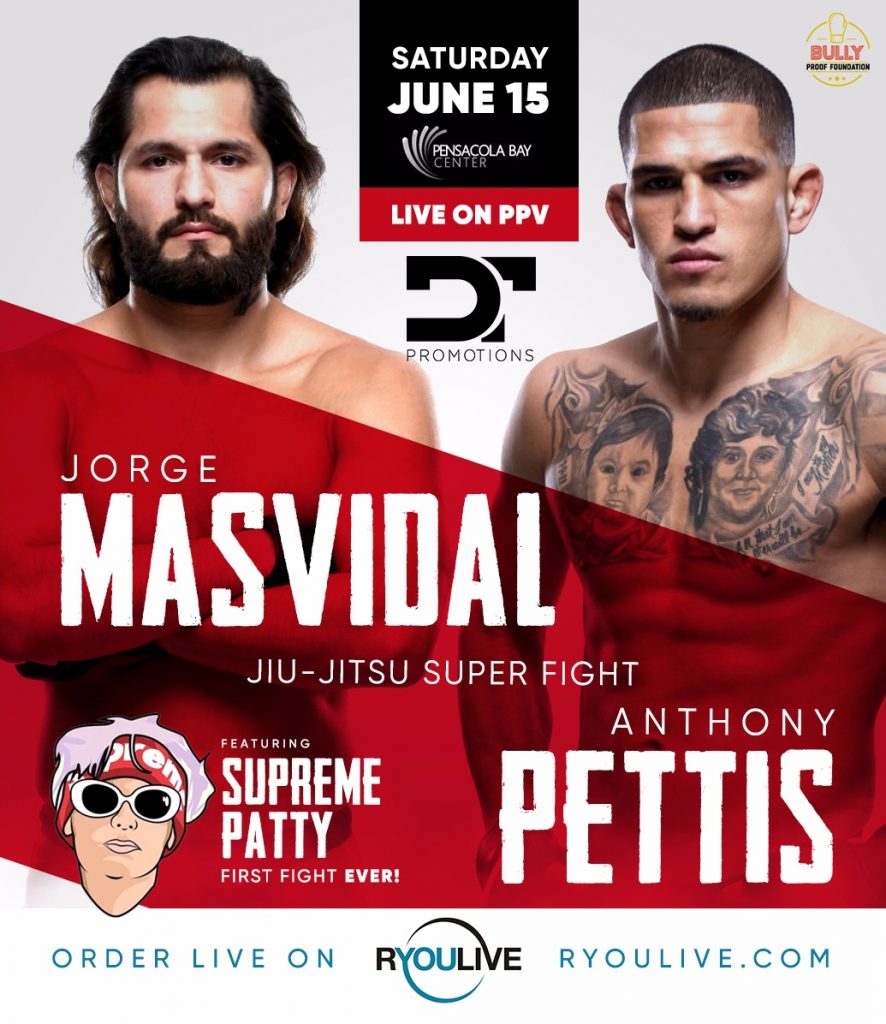 Two of the biggest names in mix martial arts walk into the Pensacola Bay Center for a once in a lifetime event. Jorge Masvidal will take on Anthony Pettis in a Jiu-Jitsu Super Fight. Jorge 3 Piece & a Soda Masvidal is the hottest fighter in the UFC with his KO of Darren Till […]