The card already featured an incredible FOUR title fights for fans of the sport to get their teeth into! 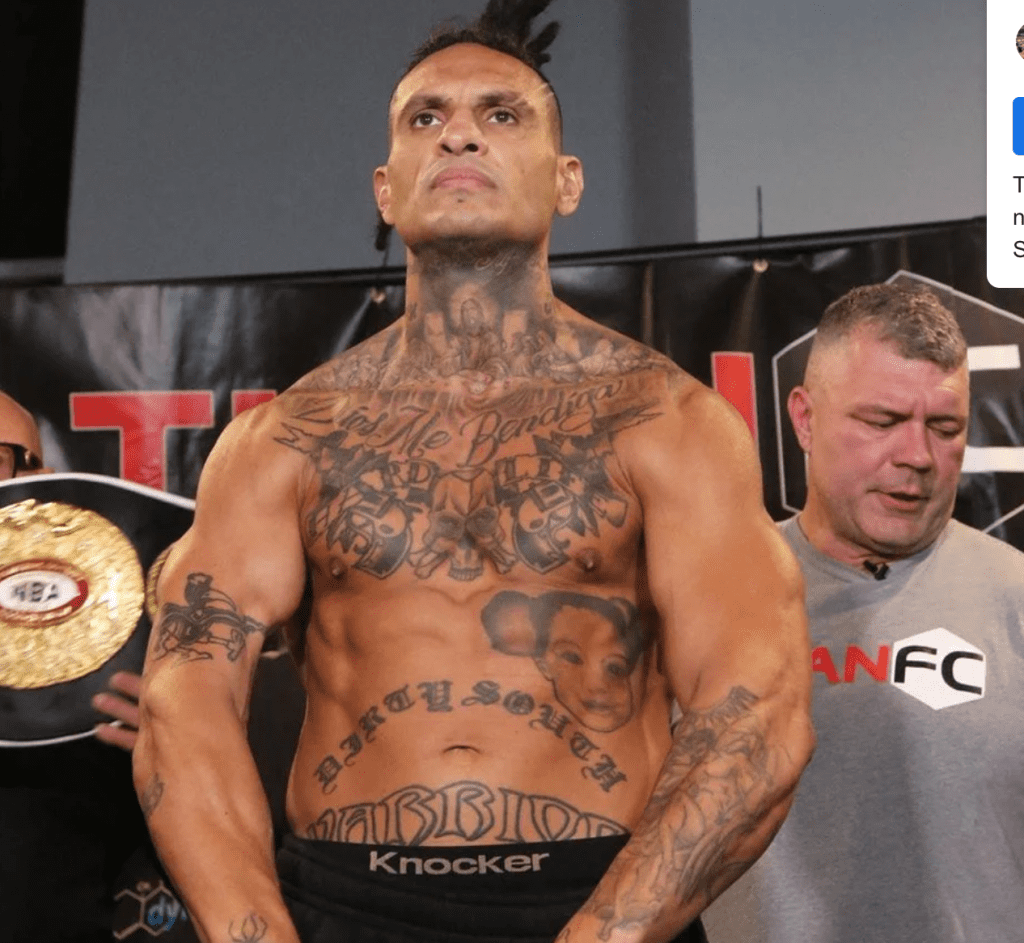 Alves’s first bare-knuckle bout vs Julian Lane was an absolute war and well worth watching if you haven’t already. Pitbull emerged with a split decision victory that night, though both men were winners in my opinion. It was just one of those fights!

Sitting pretty at 2-0, Alves opponent, Uly Diaz, is yet to taste defeat in the bare-knuckle ring. The Florida native knocked Donelei Benedetto out cold inside three seconds in his last outing at BKFC14.

I wouldn’t expect to see too much in the sense of bare-knuckle boxing techniques in this one. Expect both men to bite down on the mouthguard and simply wage war!
Let’s just hope someone puts a bottle of bourbon liqueur on ice for the two combatants post-fight. 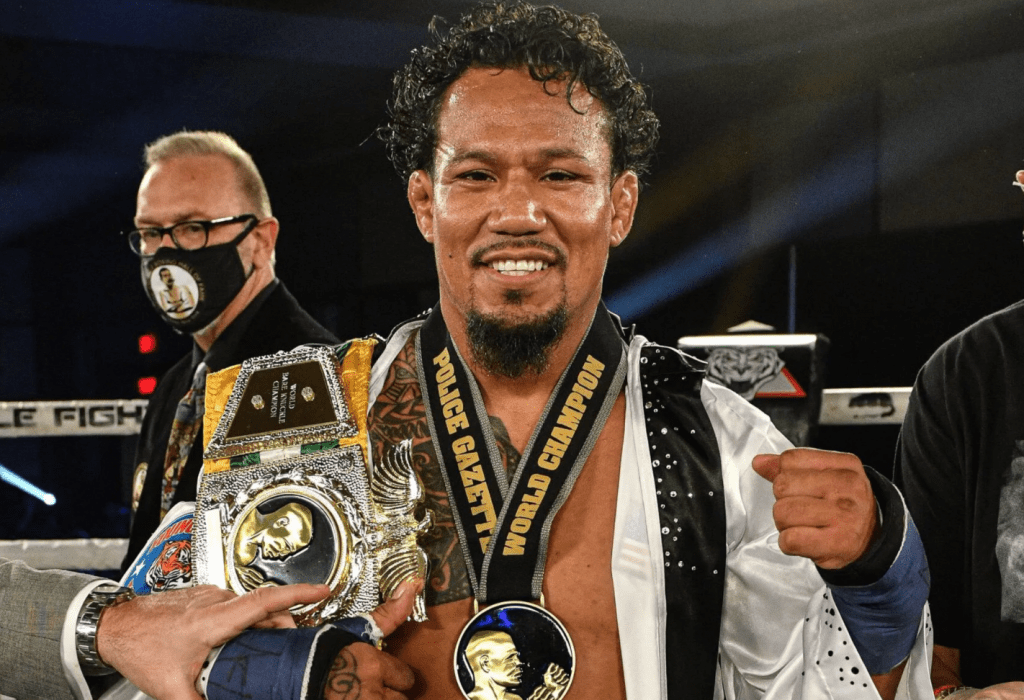 Luis Palomino is the current BKFC lightweight titleholder. The Peruvian-American is set to duke out it out with Britain’s Tyler Goodjohn in what should be an absolute barnburner.

Palomino last fought when he defended his strap against Jim Alers at BKFC 14. On that night he slept his opponent with a well-placed right hook in the very first round. 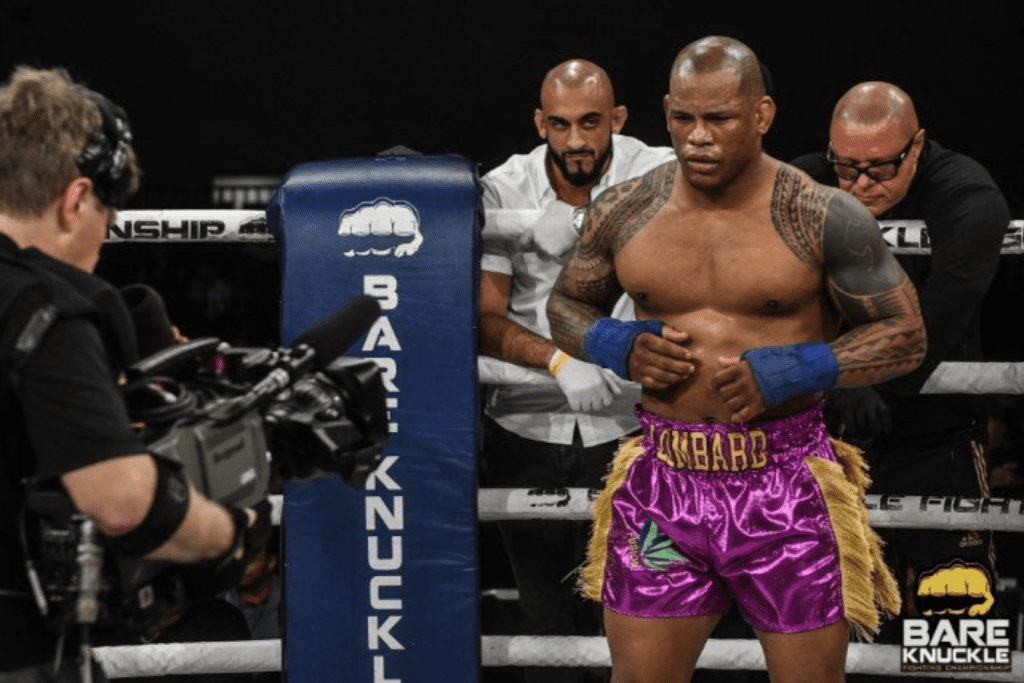 The co-main event of the evening is set to be another inaugural title fight between two former, veteran UFC stars: Hector Lombard vs Joe Riggs.

Bare Knuckle FC originally scheduled Riggs vs. Lombard for February 2020. But, late in the day, Riggs withdrew from the event due to an eye injury sustained in training. Instead, Lombard ended up scoring a decision win over David Mundell. The Cuban-Australian followed that up with a TKO win over former Bellator star Kendall Grove at BKFC12 in the autumn.

As a result of his withdrawal from BKFC 10, Riggs hasn’t fought for the promotion at all since his 2019 match-up with Walber Barros, a fight that ended in a unanimous draw.

With 35 years of combined experience between them, and victories over the likes of Nate Marquardt, Jake Shields (Lombard), and Nick Diaz (Riggs) on their records, this one promises to be a real spectacle for the Florida fight fans in attendance. 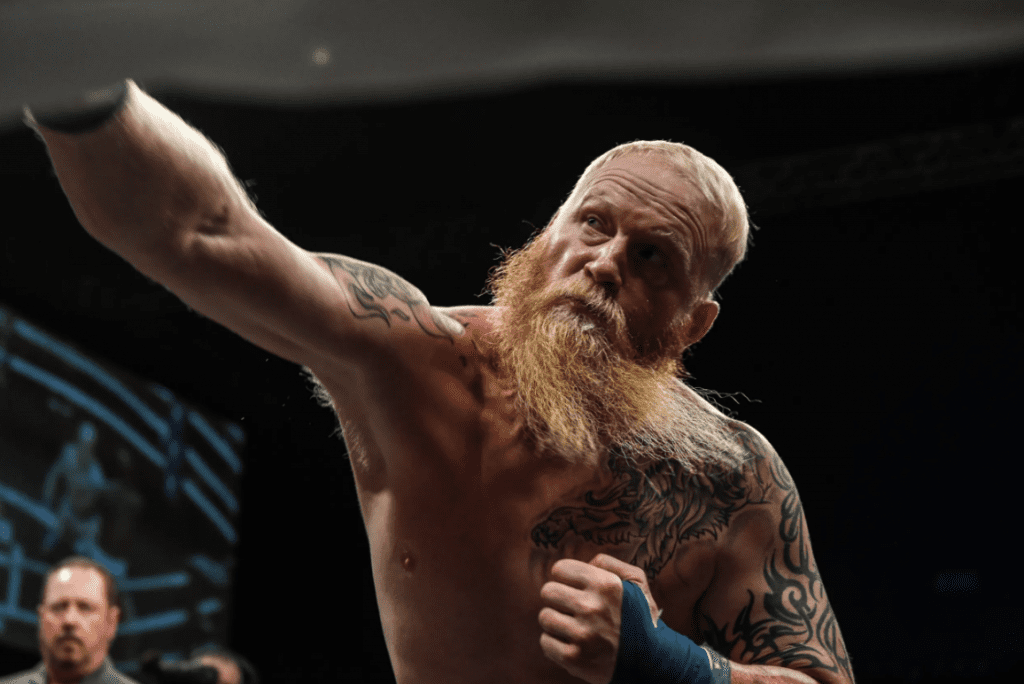 The main event of the evening is the heavyweight championship bout between Joey Beltran and Sam Shewmaker.

Joey Beltran is the man holding the bare-knuckle FC strap. He will look to defend his title for a second time, following the TKO defeat he inflicted on Marcel Stamps in October of last year.

The last man to share the ring with Beltran’s opponent Sam Shewmaker was Bobo O’Bannon in December 2020. Shewmaker did away with his game opponent without much fuss, picking up a TKO win in the first round.

Both Beltran and Shewmaker throw down hell for leather. So, make sure you don’t pop to the bathroom at the start of the bout – it more than probably won’t last very long!

BKFC 18 promises to be an absolutely epic night of action, especially with the Gonzalez vs. Sigala bout having been added to the card.

Is COVID over yet? I need to get my pasty axx over to Miami!