The UFC continues to serve up the best MMA on offer anywhere in the world. This Saturday night it comes in the shape of an all-action heavyweight clash with Fight Night 190: Ciryl Gane vs. Alexander Volkov, the headline bout on a stacked Vegas card.

Clearly, in a rush to return to the Octagon, Tanner Boser returns after just three weeks rest to face perennial heavyweight contender Ovince Saint Preux in the co-headliner.

Besides these two heavyweight clashes, UFC Fight Night 190: Gane vs. Volkov is chocked full of exciting bouts: Tanner Boser fights Ovince St.Preux; Raoni Barcelos meets Timur Valiev in the bantamweight division; Andrew Fili will go toe-to-toe with Daniel Pineda in the featherweight division; “The Dirty Bird” Tim Means is back in the Octagon to do battle with Nicolas Dalby, and Renato Moicano will duke it out with Jai Herbert in an all-lightweight bout.

It’s live in Vegas, this Saturday night at 4 pm EST – UFC Fight Night 190: Cyril Gane vs. Alexander Volkov, and the bodies are absolutely going to hit the floor.

Read on to preview each of the six main card bouts, and be sure to take a look at our DraftKings odds and predictions before scrambling to a sportsbook!

Parisian Cyril Gane is a big-built, powerful Muay Thai specialist with a penchant for nasty-looking knees and elbows at close quarters – just ask the former heavyweight champion, Junior dos Santos, who tasted the snapping power of the Frenchman’s elbows back at UFC 256.

Gane is about much more than just striking though: as with the majority of muay Thai fighters, his defense is solid; we’ve seen improvements in his wrestling, and he’s not half bad on the mat either, securing two submission wins in his first two UFC fights via an arm triangle and a heel hook. At 8-0, Gane must view this fight as a potential stepping stone to a championship bout.

Standing in the way of the Frenchman’s ascent to the summit of the rankings is the Russian Alexander “Drago” Volkov.

Volkov is 32-8 in his career and 7-2 in the UFC. He’s defeated some of the biggest names in MMA, including Stefan Struve, Alistair Overeem, and the former heavyweight champion, Fabricio Werdum.

For Gane to emerge from this fight victorious, he’s going to have to close the distance and do damage at close quarters with sharp elbows and knees in the clinch.

Volkov is likely to want to keep things technical on the feet, using his jab to create distance, and perhaps testing out Gane’s wrestling with the occasional takedown attempt.

There’s no doubting Gane has the power to get Volkov out of there. But in Volkov’s defense, we’ve seen the Russian deal with power before: Drago dominated Derrick Lewis on the feet for most of the bout before he got caught and KOd in the third round of their UFC 229 clash. He’s a technical fighter and he’ll have a plan to counter Gane’s strength.

The issue is that not only does Gane have Lewis-esque power – not as powerful as the Black Beast, but not too far off. But he’s a much more technically proficient striker. Not to mention superior on the mat.

We think this could be a tough night for Volkov – I’d never count out anyone called Drago. But we’re going with the oddsmakers and backing Cyril Gane on the moneyline 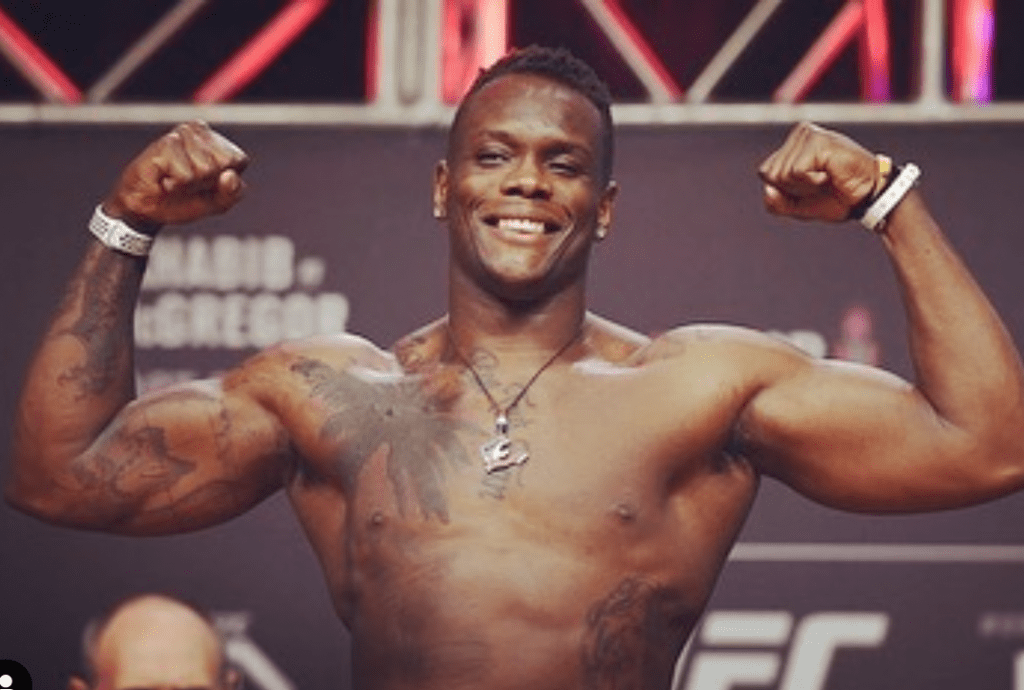 Tanner Boser may be coming into this one off the back of two tough decision losses to Itur Latifi and Andrei Arlovski, but that doesn’t mean you should count him out vs. St. Preux.

Boser connected with almost twice as many punches as his two opponents in those previous bouts. He has the gas tank-to-volume box with anyone in the heavyweight division, too. Boser just needs to learn to defend the takedown (Latifi) and work on his in-Octagon IQ and fight management (Arlovski).

St. Preux has been a frustrating watch in the UFC in recent years. He tends to gas a lot and his low striking volume often works against him.

The best path to victory for St. Preux in this one would likely be to go hard for the K.O early or to get the fight down to the mat and look for another Von Flue Choke, as he did vs. Michal Oleksiejczuk.

Unfortunately, we predict St. Preux will struggle with Boser’s durability, volume, and resilience, and the oddsmakers agree.

Raoni Barcelos is 16-1 in his career and is yet to lose in the UFC. In his last Octagon-outing, the exciting bantamweight dominated Khalid Taha, tallying up 120 strikes to Taha’s 49.

Barcelos is now 34 and doesn’t fight with much regularity, which is likely why his stock isn’t higher. But the Brazillian striker does throw 5.59 significant strikes per minute and has the skillset and energy required to mount a challenge in the upper echelons of the division…

At 17-2, Timur Valiev is another fighter looking to make waves in the division. He lost via TKO vs. Trevin Jones in his most recent bout. But, after Jones tested positive for marijuana, the fight was deemed an NC instead. Valiev has since bounced back with a straightforward decision win over Martin Da.

This one is hard to call: Barcelos is the better striker, but Valiev has great combat samba and Jiu-jitsu. It could go either way, but we’ll take the favorite here – Barcelos by KO in round two.

Tim “The Dirty Bird” Means is 31-12-1 in the Octagon and comes into the fight against Nicolas Dalby as the betting favorite.

The two men have similar defensive statistics, with each man allowing just 3.58 significant strikes per minute.

Where Means has the advantage is on the feet: he throws with more volume and connects with more regularity (48%) than his opponent (37%).

Where Dalby does have the advantage is with the wrestling. So his path to victory is clear: Dalby will need to weigh on Means; grind him up against the cage, wear him out and look to take advantage in the middle-later rounds.

Both men come into this one off the back of impressive victories – Means defeated “Platinum” Mike Perry, whereas Dalby took care of business vs. Daniel Rodriguez in his last bout.

As a result, both men will be high on confidence. But we fancy the Dirty Bird to fly slightly higher and take the W in this one – Means by KO in round two.

Andre “Touchy” Fili currently holds a 21-8-0 record in the Octagon will be looking to add win No.22 when he faces off against game opponent Daniel Pineda (27-14-0).

Pineda is the more accurate striker of the two and he absorbs less punishment too, meaning he has better defenses. On the other hand, Fili tends to throw with more regularity, and most believe the Hawaiian-native to be better on the mat.

Both men are coming into this one off the back of tough defeats in their last fight, and both are running out of time to make a real push at the featherweight division, so this one has the potential to be a sleeper pick for Fight of the Night, in our opinion – they are going to have to leave it all in the Octagon.

Honestly, it’s hard to wedge a strip of glove tape between these fighters, as the stats back up. But, on a whim, we’ll go for the favorite, Andre Fili, and just aim to protect capital.

An interesting flyweight title eliminator to open up the card, as Renato Moicano gets set to face off with Jai Herbert.

Moicano is the superior striker of the two, throwing more punches and landing with more accuracy which, in the lightweight division, could make all the difference.

Both men will be looking to rebound from tough defeats in their previous outings. But, we feel Moicano’s experience and superior striking prowess will be enough to see him through. As such, we’re wagering on Moicano by decision.

Get ready for a great night of fight action – UFC Fight Night 190: Gane vs. Volkov should be a lot of fun. Also, if you still need to see more men testing strength, wit, and smarts against one another, check out our picks for the Lomachenko vs. Nakatani card that takes place on the same evening.

It’s the kind of night recording live TV was invented for!