Conor McGregor’s Coach, John Kavanagh, will have to be convinced to train Conor again 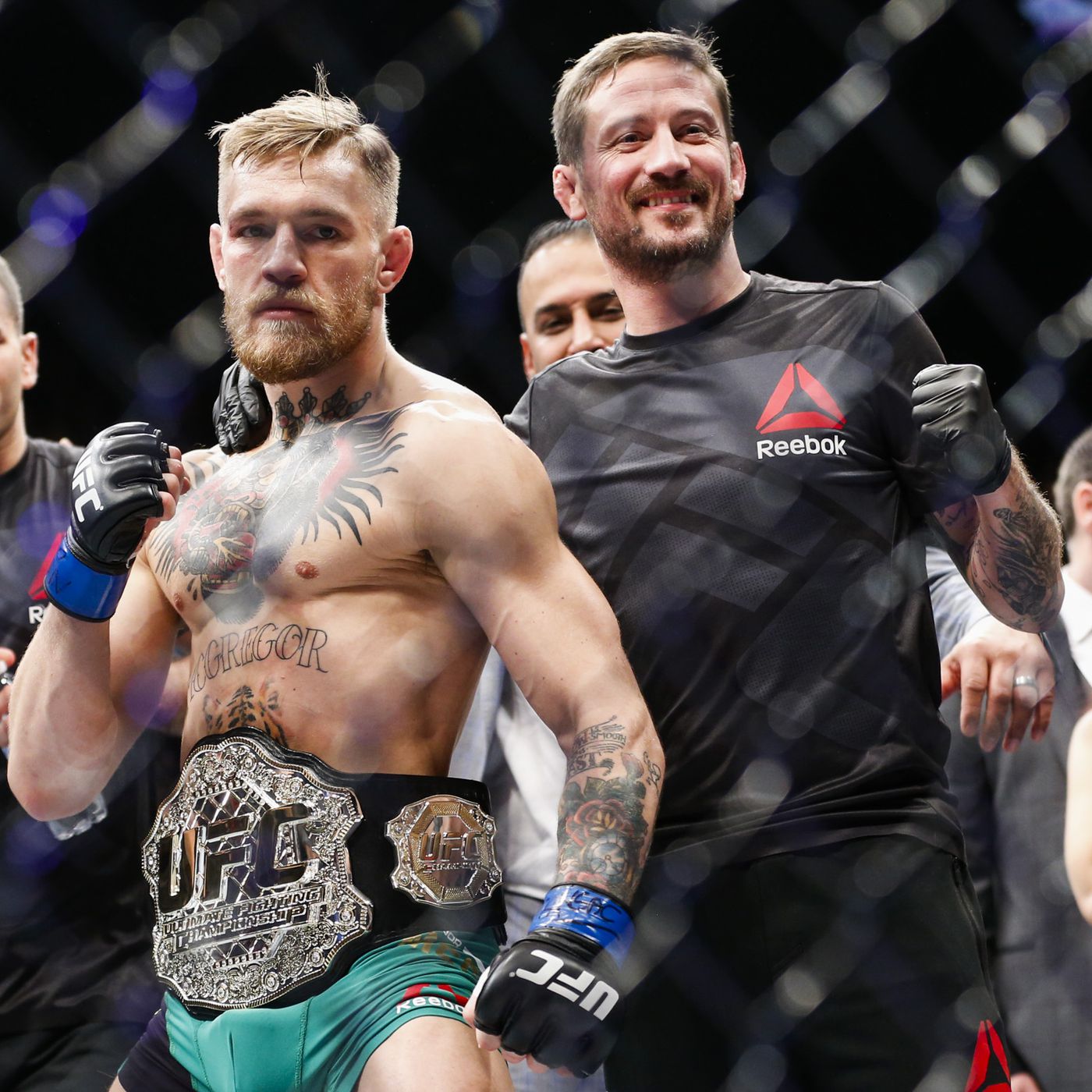 Former UFC feather weight and light weight champion, and MMA superstar, Conor McGregor, may have to take a look at what is best for him and what his coach thinks is the right move.

In a recent interview with the Irish Independent, John Kavanagh stated, “Well, he would certainly have to convince me to go again,” when talking about the next match for Conor McGregor.

Kavanagh has talked about certain matchups that always intrigued him and Conor in the past and the meaning of each fight, and it seems like that is still the case.

“I love the whole journey we’ve had, but I’d need a good ‘why’,” Kavanagh said. “It might be (Nate) Diaz again because he promised that fight. It might be a rematch with Khabib (Nurmagomedov). But if it was just, ‘Well, they want me to fight that guy,’ I think I’d say, ‘I wish you the best.’”

McGregor has recently had a film, Conor McGregor: Notorious, documenting his career and the process to fame. In this film, you get a behind the scenes look at McGregor’s training, where you see McGregor’s and Kavanagh relationship truly flourish. McGregor has trained at SBG Ireland in Dublin since 2008.

With McGregor being the biggest draw in MMA, earning him and his family generational wealth, Kavanagh expressed concern and kept in perspective McGregor’s life outside the octagon, “He has a wife and two kids now, and I don’t want him taking more hits than he needs to,” Kavanagh said. “Khabib hit him with a punch in that fight that he has never been hit with in his career. And even Superman slows down at some stage.”

One thing is for certain, McGregor is a superstar, and any fight he has will be a huge draw. But for McGregor and Kavanagh to work together, it must be a fight with true meaning, a legacy fight.