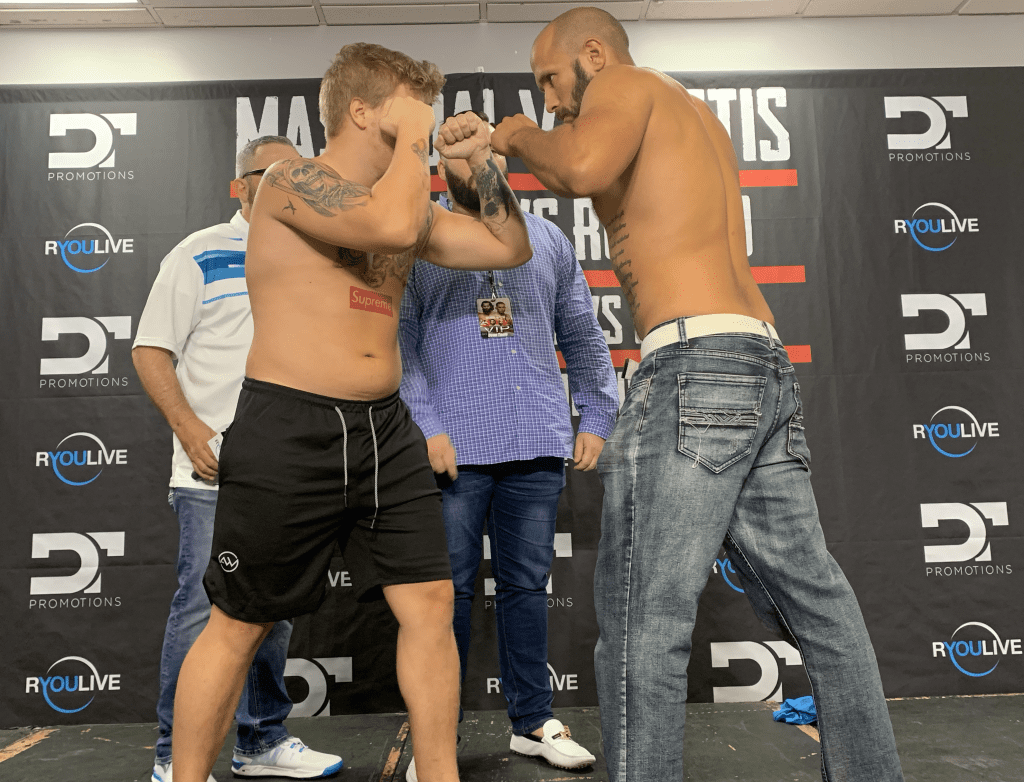 It all goes down, Saturday June 15th as Supreme Patty boxing hits RyouLive PPV. Supreme Patty will face off vs Rudy Prieto in Pensacola, Fl in his first amateur boxing match. Supreme Patty a well known internet sensation has been training with Roy Jones Jr, Charles Rosa, and a team ready to get the knockout. […]

Two of the hardest hitting heavyweights in the UFC are targeted to face each other at UFC 239 July 6, at T-Mobile Arena in Las Vegas. Both have fought the best of the best in the heavyweight division and are making their way to be next in line for the title. This fight is not […]

Michael “Beast Boy” Davis training out of Pete White Boxing and MMA, stole the show as the main event at Island Fights 54 on UFC Fight Pass. Davis who is known for his unbelievable striking ability, won by an incredible submission over Carlos Guerra. Since Davis has fought on Dana White’s UFC Contender Series, […]

Michael Davis talks about IF 54, UFC, and more!

Michael Davis gets #LockedInn to talk about his Main Event Bout at Island Fights 54, UFC, and more!

A conversation with Roy Jones Jr.

The Mindset of Greg Hardy

Look into the mindset of the former NFL player and current UFC Heavyweight fighter, Greg Hardy. His cerebral approach, focused mindset, mixed with his unbelievable athletic ability is how he catapulted up the ranks in MMA in such a short period of time. Combine that with terrific coaching under Billy Padden and the American Top […]

Should there be an immediate rematch between Ben Askren and Robbie Lawler?

Ben Askren submitted Robbie Lawler in round 1 at UFC 235. What was most impressive about Askren’s performance was the accumulation of punches Askren took early in the fight from Lawler, and not only survived through the storm, but overcame it within the same round. That was the most trouble Askren has been in his […]

What should be next for Jon Jones?

Jon “Bones” Jones is fresh off a dominating victory over Anthony Smith, and the question now is, what’s next for the light heavyweight champion? Jones is arguably, and rightly so, the greatest fighter of all time. Jones continues to break records and simply make it look easy. For Jones, he has to decide whether or […]

Max and Dave Van Auken breakdown UFC 235 on the Locked Inn Sports Podcast. Not only do they discuss who wins, they discuss how they win and theorize what this means for the sport and the fighters! Podcast is available on Apple Podcast, iHeart Radio, Spotify, & Stitcher Radio https://itunes.apple.com/us/podcast/locked-inn/id1221118881?mt=2#episodeGuid=85ab9f6733e6426db786a43617d0bb91

UFC 235 is one of the most stacked cards in UFC history! With so many great fights, fighters, camps, it’s only right that the staff gives their Locked Inn picks. Jon Jones vs. Anthony Smith Staff 2-1 Jones Max Van Auken- Jon Jones is arguably the greatest fighter of all time. Smith is a threat, […]