5 Fights to Make After UFC Vegas 42 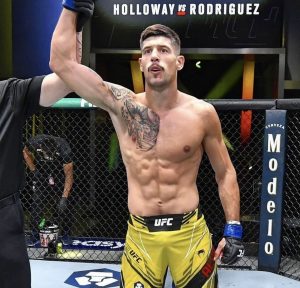 ​Not too many times am I left speechless from a fighter’s performance, but I was when Joel Alvarez ran through Thiago Moises. Moises had come off a loss to who a lot think could be the next Khabib in Islam Makhachev and pushed him to four rounds in doing so. So, even coming off of a loss, Moises was riding high, but Alvarez took the wind out of those sails really quick by running through Moises in the first round like it was nothing. Alvarez made it 19 wins and 19 finishes this past Saturday night and has established himself as a huge prospect in the division if he can figure out his weight issues. Even though he is on a roll, I don’t think Alvarez should be rushed and should be stacked up against other prospects in the division; that being said, he should get the loser of the Riddell/Fiziev fight. Either one of these two would be a great test on the feet for him and we could see the how the prospects of the already stacked lightweight division would shake out.

​What a performance by Song Yadong, wrapping up his fight with a 3rd round tko this past Saturday night. Yadong is a phenomenal prospect in the UFC’s already stacked bantamweight division. He also already has a decision win over Marlon Vera who is higher up in the rankings. Yadong is now on a win streak since dropping a decision to Kyler Phillips, and I think it’s good for him to take a matchup with the winner of Assuncao/Simon. The matchup would either be a great test against a battle tested veteran or a hot prospect and it would also potentially be a ranked matchup as well. 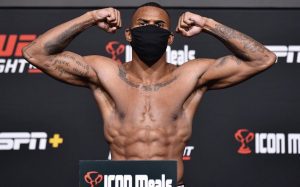 ​Once again, Khaos Williams lives up exactly to his name and definitely caused some chaos this weekend with his fight against another highly touted prospect, Miguel Baeza. Williams put a stop to the fight with a bomb of a right hand to shut the lights out on Baeza and get the tko stoppage. I’m not sure that you could put Khaos Williams into a fight that would be boring with the way he likes to bring the action. But a dance partner that would be able to take him to huge heights in the excitement realm would be someone that is just as dangerous and wild as him. Insert Niko Price. Price is a dangerous fighter anywhere the fight goes and will go toe to toe with anyone in the division. These two would come together and create nothing but absolute fireworks and could definitely be a FOTN on any card they were placed on.

​Marcos Rogerio De Lima went through the veteran Ben Rothwell like a buzz saw on Saturday night, wrapping up the fight with a quick 1st round tko. De Lima exploded with a barrage of punches to put Rothwell away early. De Lima has made it two in-a-row now and looks to make it another; I think a good matchup would be Juan Espino next. Espino is a submission threat when it hits the floor and would be a good challenge to De Lima as these two heavyweight prospects try and climb up the rankings and get their shot at the top fifteen of the division. 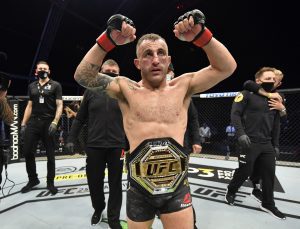 ​Once again, the one which some call the GOAT of the featherweight division adds another star to the list of people he has defeated in his already legendary career. Max Holloway seems to always be on the warpath to prove his saying, “To be the best, you got to beat the best, and the best is Blessed.” Holloway seems to break a record every time he steps into the octagon and was able to land a career high number of takedowns in his decision win and FOTY candidate against Yair Rodriguez. It was an amazing fight between the two studs, but Holloway seems to get better and better in each fight. It seems like there are plenty of options for Holloway next; a lot of people believe he won the last fight against Volkanovski, and even the champ is open to the trilogy already. That is a fight I’d love to watch, but there is one matchup that also seems to be gathering steam. The long-awaited rematch between Conor McGregor and Max Holloway could be on the horizon. There has been a continual back and forth between the two on social media and Max had already been on the short list to be a replacement in the Dustin/Conor 2 fight. The trash talk and the fight would be something fight fans dream about and something we’ve waited on as we have seen these two literally grow up throughout their careers.