5 Fights to Make After UFC Vegas 37 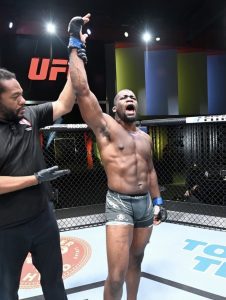 ​The “Cameroon Express” kept the train moving when he cruised to a dominate decision win over Mike Rodriguez. Nchukwi is an absolute brickhouse of a human being and every strike that he throws seems to be a significant one. He should that he can keep a solid pace and dictate where the fight goes. I feel like he will be someone to keep an eye on since that was only his seventh fight in his pro career. I would like to see him take on a fighter that is a well-rounded one, and whoever the winner of Marques vs Almeida would be a good choice. Both of those fighters have a balance of submission and knockout wins and would be a fun fight with the tank Nchukwi.

​What a performance by Arman Tsarukyan! He absolutely steam rolled his opponent Christos Giagos this past Saturday night with the second round tko. Tsarkyan is a very well-rounded fighter and is dangerous in all areas. He has been calling with a fight with Dan Hooker and in one interview, went on record to say, “I want to kill this guy.” Hooker is scheduled to fight Nasrat Haqparast, but either way that fight goes, I would like to see the fight between Hooker and Tsarukyan. I feel like you could set that as a UFC fight night main event, and it could produce a definite fight of the night. 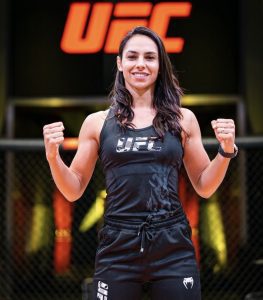 ​Lipski got back to winning ways when she was able to secure a unanimous decision over Mandy Bohm. Lipski looked solid the whole way through and dropped Bohm a couple of times on the feet. She looked solid and cleaned up in a few technical areas. I think J.J. Aldrich would be a nice little fight for her next matchup. Aldrich has a similar record and is also a well-rounded fighter that seems comfortable in wherever the fight tends to go.

​Ion Cutelaba showed a lot more savvy and well-rounded game in his decision win over Devin Clark. Cutelaba is known for usually running out at his opponent and throwing nothing but bombs, but he showed a nice and gritty wrestling game and took Clark down multiple times throughout the fight. He also showed a solid knowledge of getting to the mount, but he still needs to cleanup some details in controlling it. Ion seems to be somewhat maturing from what he showed from this fight with Clark, but he still is growing. A fight with Rua who says he still has a few more fights in him could be a good test for Cutelaba. Rua’sveteran experience can test Cutelaba in a few different areas, but Cutelaba’s knockout power and speed could be a definite problem for Shogun.

​The veteran, Anthony Smith, showed us why he was the veteran in this fight. He pulled out the wild strikes of Spann and capitalized on the mistakes and rocked Spann before securing the first-round submission win. Spann showed some good things, I just feel like Smith’s experience got the job done. Immediately after the win, Smith called with a rematch with Rakic who he has lost to in the past, in which Rakic simply replied, “I’m free in December.” Smith then said, “Merry Christmas to me.” And Merry Christmas to the winner as well, because they could put themselves into title talks with a win.