5 Fights to Make After UFC Vegas 36 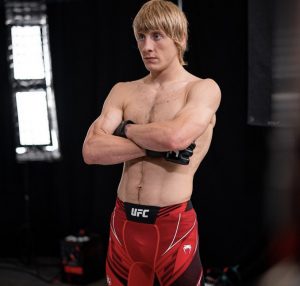 ​According to Pimblett, the new cash cow has arrived. Paddy “The Baddy” made his debut in style and immediately has become the talk of the town it seems. There has been a lot of hype surrounding the UFC newcomer and it’s only going to grow from here. Even though he finished the job in the first round with a tko, you don’t just go throwing him into the deep end even though he’s asking for it. Paddy did get touched a little in the fight and seems like he has the possibility of throwing caution to the wind, which could get him in trouble. I do think Pimblett can take on someone with a little more UFC experience, since he’s had 20 fights in his career. A fight with someone like Khama Worthy could be a good one for Pimblett. It’s someone who has shown is very dangerous but also has struggled as of late. I will say, the future looks bright for “The Baddy.”

​What an absolutely nasty finish by Rountree. The leg kick technique he hit is a devastating one, but we’ve never seen it executed to the level that Rountree hit it in his fight this past Saturday. It was perfectly timed off of his opponent’s jab and finished the job in a nasty fashion. Khalil Rountree is a fighter that seems like he could definitely be a player at the top of the division, but he just seems to get in his own head at times or can’t put it fully together. I think he should be taken slowly through the division, and I think a fight with Ed Herman would be a good one for him. Yes, Ed is a long-time veteran, but I believe his style will let Rountree showcase his skills on the feet. 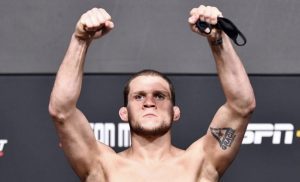 ​Alex Morono putting it together for another win in the welterweight division. He looked solid in his fight with David Zawada. That makes it three in-a-row for Morono and also puts him one step closer at getting his shot at the top 15 of the division. I believe I’ve mentioned it before, but I think I’ll say it again, I think Alex Morono vs Mike Perry would be a solid fight. Mike Perry even though unranked, feels like he is a staple in the division and a fight with Morono would be nothing but exciting for the fans. I think getting over the tough as nails Mike Perry would get Morono a shot at the top 15.

​My goodness…. Tom Aspinall. The future of the heavyweight division sure does look bright now, and Aspinall only adds to it. Tom is another heavyweight that moves like he belongs in the welterweight division and his fight IQ from what I’ve seen so far is very high. The finishing sequence on how he controlled the clinch and blasted the nasty elbow to close the show was a thing of beauty. Aspinall has a mindset that I love, in which, he knows he has time and he doesn’t want to rush his career. He is showing the tools and the mindset of a future champion. Aspinall does need to be challenged, so a fight with Augusto Saki could be it. Saki is the #9 in the division and I would love to see Aspinall get his shot at cracking the top ten. 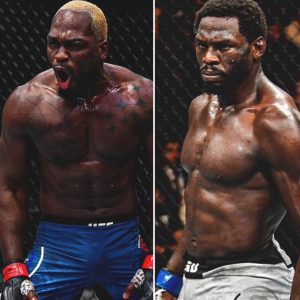 ​Derek Brunson has seemed to piece it together since his loss to the champ Israel Adesanya a few years ago and kept the ball rolling improving his win streak to 5 in-a-row. He wore on Darren Till with some solid ground-and-pound and secured the third round finish with a RNC. Derek then proceeded to call out the champ for a rematch. I said after Jared Cannonier’s last fight that he needs one more before his shot at the title and I think the fight just presented itself. I’m still fine with Cannonier fighting the winner of Vettori vs Costa, but a fight with Brunson can act as a title eliminator and make the division run smoother. Winner of that fight will be right behind Robert Whittaker in line for their shot at “The Last Stylebender.”