5 Fights to Make After UFC Vegas 34 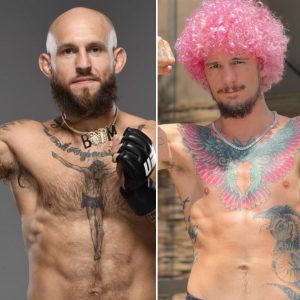 ​Brian Kelleher was able to bounce back from his loss to Ricky Simon with a nice unanimous decision win over Domingo Pilarte in his Saturday night scrap. Kelleher is a very game fighter and only seems to have fallen when coming right on the verge of cracking the ranks of the bantamweight division. When thinking about what’s next, Kelleher knows what he wants; following his win, he had this to say to fellow bantamweight, Sean O’Malley, “You don’t want to fight any ranked guys so I’m right here. Business is booming.” “Suga Show” is coming off a clinic in striking in his last fight, and there was rumor that a fight with Frankie Edgar was in the works for NYC. O’Malley has since come out and said he doesn’t want a ranked opponent next due to payment incentive not being where he wants it. I also think it could be a bad idea to throw the superstar into the deep end since he still has some growing to do in his game. I said in an article that his next fight should be against someone like a Ricky Simon, but Brian Kelleher would also be a solid option and either way, it would be a fight that delivers to fans.

​Pantoja is back on a win streak with weathering the Brandon Royval storm and securing the second-round submission with the RNC. Pantoja navigated the scramble game of Royval very well on the ground and it was very impressive his defense in the 4/11 leg entanglement that Royval attacked with in the first round. Pantoja called out the champ of the flyweight division, but I think he is still just one fight away. Originally, I had felt that Figueiredo and Moreno should finish the trilogy, but as time has passed, I feel like it would be okay for Moreno to fight someone else other than Figueiredo, and in my humble opinion, it should be the undefeated Askar Askarovwho Moreno fought to a draw in 2019. That being said, I feel that Pantoja and Figueiredo could square off for a title eliminator and run back a fight that took place also in 2019.

​Saidyokub Kahkramonov is someone that we should keep our eyes on for sure. Kahkramonov put to sleep his opponent Trevin Jones with a nasty guillotine on four days’ notice. For the most part, he controlled the fight in all areas except for two minutes towards the end of the second round. I really feel like a match up against Ronnie Lawrence could be a fight of the night possibility. Lawrence was originally slated against Jones but had to pull out due to weight issues. Lawrence has a similar record experience wise and could pose a very dangerous problem with his overwhelming wrestling and pressure game. I would love to see this fight next and expect nothing but fireworks. 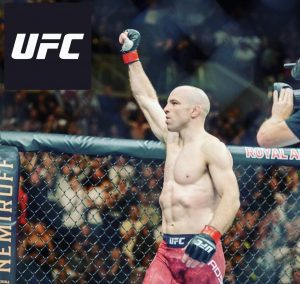 ​What a comeback in life for Mark Madsen! He has had to battle so many things in life in the past little bit outside of the cage and what a way to battle back to being able to fight and then to secure the win against a hall of famer in Clay Guida. Madsen was sound in his technique on the feet and didn’t rely on his wheelhouse to get the win. Madsen then called for Gregor Gillespie, which is a fight I want to see in the future with the two wrestling phenoms, but I don’t think he’s there yet for that to be the next step. A former Gillespie opponent could be next on deck for Madsen though; Vinc Pichel also secured a win on the same card and also called out for a rematch against Gregor at some point. Both these men have similar experience in their records and are both aiming to get after Gillespie and then the title one day. 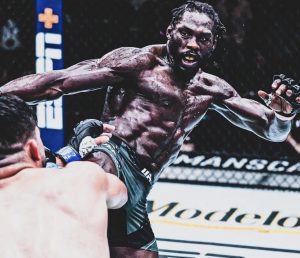 Jared Cannonier vs the winner of Costa/Vettori

​Cannonier was able to bounce back to the winning way this past Saturday night against Kelvin Gastelum. He was able to out land Gastelum to get a unanimous decision in the main event of the evening. There aren’t too many fights left to get Cannonier to the title, but he still needs one more win to secure the next shot at the king of the division. That’s why a matchup against one of the past two title challengers would get him there. Costa vs Vettori is supposed to go down 10/23/2021, and I think Cannonier is 100% the next up for the winner.