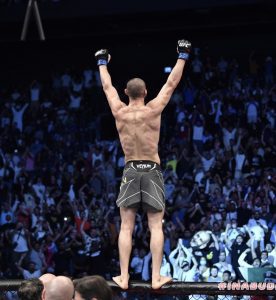 ​It seems that there is a resurgence in the light heavyweight division with some fresh blood and new sharks cutting their teeth. Magomed Ankalaev one of the guys that continues to climb up the ranks in impressive fashion. Ankalaev was in control from start to finish against Oezdemir and improved to 16-1 in his career. He is a well-rounded fighter with power in each hand, posing a threat anywhere the fight goes. What’s next for Ankalaev could be a couple different things but I believe it needs to be someone ranked in front of him. I had said that Thiago Santos and Dominick Reyes should fight each other next, but you could also put Ankalaev into that rotation as well. I don’t think he gets anyone ranked within the top 4 yet, but with one more win, he could be sniffing around for a title shot within the next year. 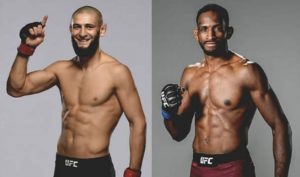 ​If you didn’t believe him before, do you now? KhamzatChimaev is that guy he says he is. An absolute destroyer, a mauler of men, “Borz,” call him whatever you want, but know you have to call him the hottest prospect in the UFC. Chimaevhad a conversation while simultaneously running through the #11 in the division within a round. He has outlanded opponents 254-2 in four fights in the UFC. He is ready for the elite of the division, so let’s see him against a tried and true veteran. Enter Neil Magny; Magny and Chimaev have gone back and forth in the past before Chimaev’s bout with COVID, and it would be a different style for us to see Chimaev against. I feel like you could set this as a possible UFC Fight Night, and plenty will be tuning in to watch what “Borz” will do next.

​Is he the second coming of his former teammate, now turned coach, Khabib, or is he better? The hype coming out of the AKA camp about Islam Makhachev is real to this point. Makhachev has shown strokes of brilliance in a smothering offensive attack much like Khabib’s but now it truly feels like Makhachev is starting to realize that potential. He absolutely walked through Dan Hooker with a limb destroying kimura to get the tap. Makhachev did call for the next title shot, but I don’t think he gets it next, for a couple of reasons. I believe that if Justin Gaethje is able to get past Michael Chandler this coming week, he’ll get the next shot since he’s the last person to fight the legendary Khabib. Outside of Gaethje, there’s BenielDariush who is coming off a dominant win over Tony Ferguson and ranked at #3 in the lineup. I think Islam and Dariush could face off in a title eliminator bout to try and set up the order for the lightweight division. 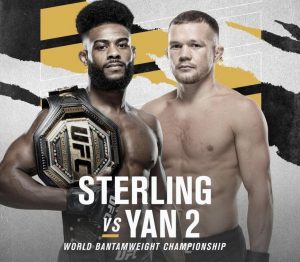 ​Back to gold status. The one that looks like a terminator and an absolute killer has secured a championship strap once again. Petr Yan bested the game Cory Sandhagen 49-46 on the score cards this past Saturday to get the win. What a phenomenal display of a dangerous chess match on the feet between two of the best in the world. The angles and range management by Sandhagen and the constant pressure and boxing skills of Yan was a beautiful sight to see. I had it in favor for Yan 48-47 but still, either way, the next step for Yan is to unify the belts. The pot just keeps being sweetened for the rematch between Yan and Sterling, but to put a cherry on top of the metaphorical ice cream sunday, we get the unification of the belts and the deciding of the true champion of the bantamweights.

​Not this go around Father Time! At the age of 42, when 99% of fighters are about to or already met the end of their career, Glover Teixeira seems to turn back the clock and deny time once again to secure the 2nd round finish of Jan Blachowicz. Teixiera controlled the whole 1st round and then sunk in the RNC in the 2nd to snatch the strap away from the former champ. What a sight to see and a fighter that is so deserving of the moment. Now, for what’s next for the newly crowned champ seems to be the mad man Jiri Prochazka. Prochazka showed up to the UFC and has been a wrecking ball since arriving. He has dominated Oezdemir and Reyes and ko’d both of them to earn his way to the title. He has a lot of hype behind him and will be a tall task for Teixeira, but we already know that Glover is up for the challenge. 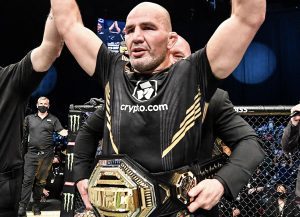