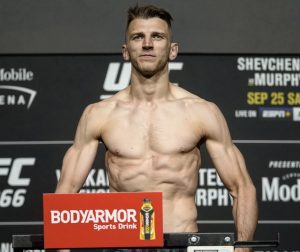 ​What a trip back for Dan Hooker! It was very nice to watch him bounce back from his loss from Michael Chandler in his last fight and secure the win this past Saturday night. His trip to make it to the cage was a wild story in itself with visa issues and all that came with getting ready for a fight. As I said in my last article, I would like to see the matchup between Hooker and Tsarukyan, especially as a UFC Fight Night main event. Tsarukyan is a hungry up-and-comer and has been calling for a fight with Hooker for a bit now. I say the UFC grants his wish and give the fans a potential fight of the night as a five round main event.

​Daukaus was able to make pretty easy work of Shamil Abdurakhimov on Saturday night’s prelims, adding to his wins and ko’s. Daukaus looked very smooth, fast fast, and as per usual, technical. Daukaus is another up-and-coming heavyweight that could be a big part of the future of the division. After his win, Daukaus gave a few options for his next possible fight, and all were pretty logical aside from the Stipe matchup. The one that I liked was the winner of Blaydes/Rozenstruik which was later on the card and we saw that Blaydes outpointed Rozenstruik later on. Blaydes is a phenomenal test for Daukaus and can really challenge him in a few areas. It would be a great test to see where Daukaus lines up with the best in the division.

​Now, I will preference this matchup with the note that I’m not sure how possible this fight is, but it’s one I will try and sell you. Lawler evened the score against Nick Diaz with a 3rd round tko, and even though it brought back warm memories watching Nick make the walk again, something just seemed off, in my humble opinion. I’m not going to speculate or anything at all; Robbie came in in solid shape and was in Nick’s face from bell to bell and kept up with his output. Robbie had lost four in a row leading into this and mentioned something about how he’s only interested in fights that excite him. Well, how about the younger Diaz brother that has filled in the shoes of the older? We can never tell what Nate will do or who he will fight next, and we just had Dana White shoot down the Diaz vs Luque matchup this past week. The story sort of writes itself; the younger brother who has come into his own and reached the heights of the MMA world comes in to try and win the series for the Diaz name against Lawler in another scheduled five round affair. I’m sure that fight would get Robbie ready to go and I would guarantee that fight fans wouldn’t mind watching that at all. 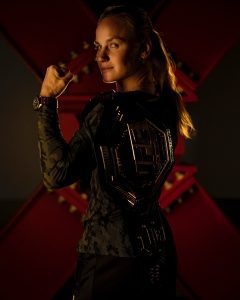 Valentina Schevchenko vs the winner of Joanne Calderwood/Alexa Grasso

​Once again, Valentina Schevchenko proves why, not that she’s one of the best women fighters, but one of the best fighters in the world regardless of gender. It’s rare to be as technically skilled, fast, strong, durable, conditioned, and as good as Valentina is. It’s hard to put into words what it’s like to watch the greatness, but I suggest we just sit back and enjoy it while it’s here. Schevchenko is actively cleaning out her whole division, and she should continue to do so; so, the next one in line should be the winner of Calderwood vs Grasso. Whoever it ends up being needs to pack a lunch because so far, it’s a long day in the office for anyone that wants to tango with Schevchenko. 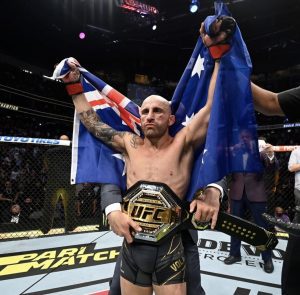 Alexander Volkanovski vs the Winner of Max Holloway/YairRodriguez

​And Still. Alexander Volkanovski didn’t listen to all the hype that was following Ortega after he outclassed the Korean Zombie, and for the most part, controlled almost every part of the fight with Ortega. There were some scares in the fight and Ortega showed spades of heart, but the damage that Ortega was taking was very reminiscent of the Holloway/Ortega fight. Now looking at the division, there’s not a clear-cut challenger. Max Holloway since the loss to Volkanovski went out and absolutely dominated Calvin Kattar who was looking like he might be next in line. There’s a lot of people in the MMA community that felt like Holloway actually beat Volkanovski in their second meeting, and the champ said he wouldn’t mind squaring off with Max a third time. But before that happens, Holloway has another stud in Yair Rodriguez in the main event of November 13th. That fight could possibly decide who’s next for the title shot.