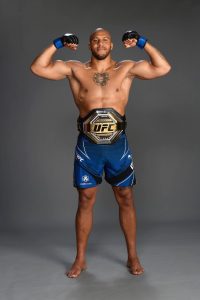 ​As advertised! Rafael Fiziev delivered a banger of a fight with Bobby Green to close out the prelims of UFC 265 and secured a unanimous decision. There is a lot of hype behind Fiziev due to his striking prowess and it is well deserved. I feel like he is a rising prospect, now at 10-1 and will be a real contender soon enough, so there is no need to rush him. I think another challenge with a legit veteran will also be helpful, and Drew Dober would be great for that. We all remember the fire fight that Dober had against Riddell and if you don’t, do yourself a favor and go watch that fight! I think Rafael Fiziev vs Drew Dober would be a fight of the night contender, and even though both unranked, I would watch that as a main event. 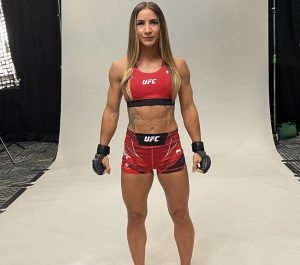 ​What an absolutely beautiful performance by Tecia Torres against an always game, Angela Hill. She looked in phenomenal form and probably to the best she’s looked in her whole career. Torres is on a three-fight win streak and is looking to crack the top five. I think to get a step closer, a fight against the #7 Nina Nunes could get her there. Nunes is on a two-fight skid but can bounce back into trying to crack the top 5 with a win over Torres. A win in this fight can get both these ladies to where they want to go.

​What an absolute killer and it was proven again this past Saturday night with Luque snagging Michael Chiesa in a slick D’arce choke to get the finish. He has looked phenomenal and never fails to entertain. He called for a shot at the king of the division, and I would love to see it, but there is a line of contenders. Covington and Usman will be squaring up for the second time, and at #2 in the rankings is Luque’s teammate Gilbert Burns. Then we have Leon Edwards who I thought would wait for his title shot but in a recent tweet said he would be ready for November or December and was referring to Jorge Masvidal in said tweet. I think to get an absolute clear–cut next title challenger with no questions asked, Luque and Edwards should square off. It’s a tough situation since Edwards would be putting his large win streak and title shot possibility on the line, but there is no denying the winner.

​The King of Rio seems to never lose a step. Jose Aldo controlled the fight with the tough as nails, Pedro Munhoz and secured a unanimous decision. Aldo is like wine and looks to get better with age. There are not too many choices that I see that get Aldo to the title shot that he wants. We have Yan vs Aljo 2, and TJ Dillashaw waiting in the wings for his title shot; then we have three that are all one win away from a title fight seemingly and they are Cory Sandhagen, Rob Font, and Jose Aldo. I feel like either way you cut it, you can mix and match two of the three for a title eliminator, then the loser would fight the odd man out. Every possibility just equals excitement!

​There are not too many times that I am left speechless after watching a fight but Ciryl Gane did that to me with the performance against Lewis. Gane secured a 3rd round tko against Lewis and there was not a second that he wasn’t in control. Gane picked apart Lewis from the outside, controlled the clinch and even embraced the brawl to get the job done in the 3rd round. Forget the hype of unifying the belts, because there should’ve never been an interim belt up for grabs, the fight between Ganeand Ngannou has all the hype already without it. Former teammates; The physical nature of the champ and ferocious knockout power; The savvy and technical challenger; The bull and the matador. The ultimate peak of what the heavyweight division has always seemed to be about and the possible look at what it could be. This fight between the champ and the challenger means a lot, but either way, these two will be absolute legends of this sport.