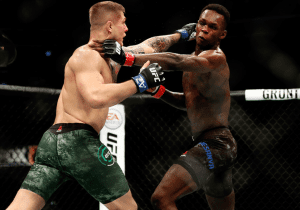 ​Paul Craig looked absolutely sensational with his first-round mangling of Jamahal Hill’s arm on UFC 263. After snapping the arm, he locked up a triangle to finish with ground and pound until the ref stopped the fight. If you haven’t followed Craig for a while, you’ve missed out on his savvy mat skills that he possesses. He is climbing up the ranks of the lightheavy weight division and I think a higher ranked opponent that also possesses a nasty submission game would be a great test for Craig. Enter in Misha Cirkunov; Cirkunov vs Craig in a grappler’s delight.

​Do you remember the name? Belal Muhammad got the job done against the dangerous and decorated legend in DemianMaia. It wasn’t a barn burner, but everyone knows that you have to shut down the grappling portion of Maia’s game, or if not, it more than likely won’t be a fun night for you. Belal has been on a steady streak as of late with a bump in the road coming by way of No Contest against Leon Edwards on short notice. I think a matchup with a solid vet and someone higher in the rankings is called for, and that can be found in Neil Magny. Both these fighters are well rounded and have good gas tanks, so it has the makings of a fun fight to watch.

​Leon Edwards outclassed the always game Nate Diaz in a five rounder this past Saturday night. The win over 209’s very own has put him winning 9 out of his last 10 with one No Contest. Even though Leon has been on this win streak and his last loss is to the Champ, Kamaru Usman, it looks like “Rocky” will have to wait for his shot at gold. Usman looks to be set with a rematch with Colby Covington and depending on how that one goes; it could be trilogy match up. With that being in mind, Leon could be a backup to that said title fight. If all goes as planned, I propose a number one contender fight between the winner of “Wonderboy” and Burns. A win there would be a clear cut, no questions asked, title shot awarded to the victor.

​What was an absolute war that was fought to a draw the first time, was turned into an absolute clinic by Brandon Moreno the second time around. The “Baby Assassin” added Figueiredoto the completed hit list with a slick third round RNC. So, what’s next? I feel as though we should go ahead and try and complete this saga that is Moreno vs Figueiredo. Figueiredo’s only other loss on his entire record was Jussier Formiga who is no longer with the UFC; I feel like he is the toughest matchup in the division right now still, even with this loss. Moreno vs Figgy 3 to close the chapter on their dance.

​Sensational. Calculated. Smart. All words that could describe the Last Stylebender’s performance over Marvin Vettoriin the main event of UFC 263. Israel just looked to be too fast and too many steps ahead of Vettori on the feet and when taken down, scrambled right back up or reversed the position. The only one in the division seemingly deserving of a fight with the one who seems like he is in the Matrix, is “Bobby Knuckles.” Robert Whittaker has been on a streak of knocking off top contenders since his loss to Israel and seems to be the only challenger worthy of a shot at the champ. Israel called for a Whittaker rematch after 50-45ing “The Italian Dream.” The champ gets what he wants from me; take my money, I’m in for Adesanya vs Whittaker 2 in Auckland, New Zealand. 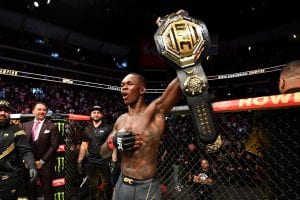